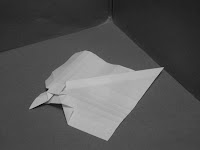 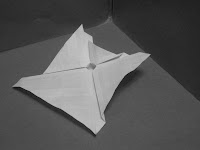 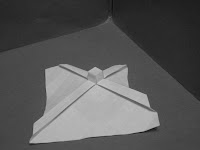 The small wave at the edge of the paper in my last post was somewhat of a revelation to me. The concept of using the majority of the square of paper as a formal element to which a small articulate origami fascinator is folded in really appeals. I am not sure where this will go but here are a few examples so far.
Posted by memo cube at 11:31 No comments: 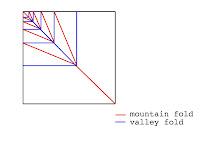 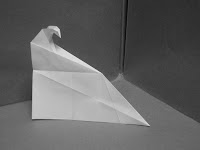 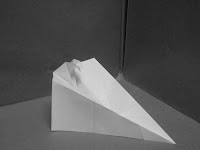 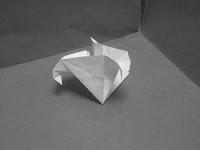 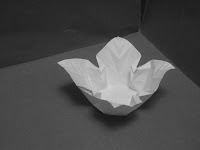 So I have been thinking allot lately.  Working too hard and sadly as a result making allot of progress.  Sadly because it is an apparent fact that I come up with better ideas when I am under duress.  I think it is why I like origami.  It is a completely uninterested practice.  Very few people I know even know other people who make it and when I am concentrating on other things I seem to relax when I consciously think about origami.
So I had an idea recently.  I thought to make a wave on the edge of a triangle of paper.  It is pretty sad as an idea and I don't even think I like the result but it was the start of a few good lines of enquiry that I like the results of.  I think the wave as an idea is the result of making Robert Lang's Nautilus ages ago but it really just came to me.
I worked on it and the fold pattern turned out to be quite versatile.
The story arc in the title refers to the fact I came up with this over a month ago and I have generated two new full designs and one whole new school of origami for me from this starting point.  I hope to write these up in imminent blogs and through the time travelling power of links interconnect the four blogs I plan to write ( including this one ) into clear lines of development.
So these images are of the wave fold pattern and the wave as well as the bulls head (also bad) and the bowl (still not good).
I have also tried to add a couple of gadgets to the blog.  I do not know if this is a good idea or not but I am trying to be as modern as I can be.
Posted by memo cube at 23:02 No comments: 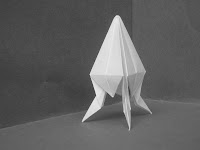 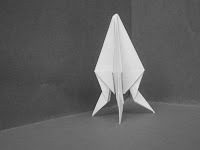 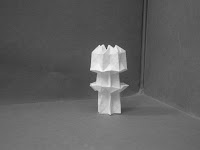 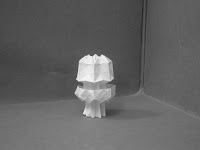 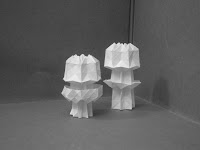 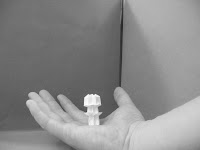 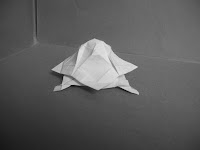 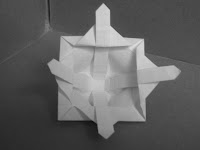 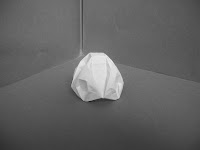 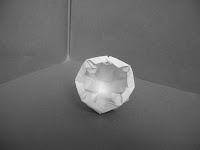 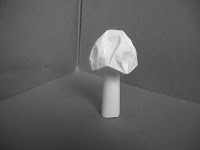 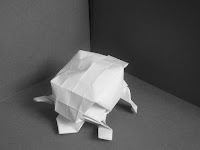 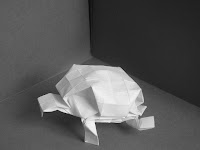 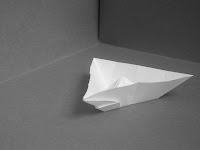 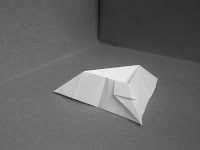 I was told that someone actually read my blog today.  This made me happy and actually remember that some of the point of writing this blog was to archive what I had done for myself as much as anyone else, so...
The origami ash tray is actually quite simple to make but much like the origami chess set it has a somewhat chindogu based design.
Posted by memo cube at 22:19 1 comment: 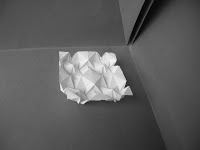 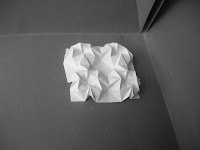 Hello Strangers
It has been pointed out that I have been a bit crap about updating lately but I am trying again now so....
Anyway I have been reading an origami book called Project Origami by Thomas Hull.  It is the geekiest book ever and it applies complex mathematics and origami through a series of projects.  It has been very interesting for me but I cannot say there is much that is even remotely interesting or comprehensible to others in it.  I did however learn that each time you divide a square in origami it becomes more accurate.  That is if you fold a sheet in half and then into quarters and then into eighths the eighths will be more accurate than the half you divided the page by to begin with.
Anyway with this principal in mind I revisited an old design and found that with the same size piece of paper I could fit 4 of my hellraiser flowers onto a single sheet.  I have also worked out to interlock these flowers into a cube similar to the old design but will take a bit of time actually making these.
Posted by memo cube at 10:11 No comments: